William Omar Landrón, Known as “Don Omar” is an entrepreneur and one of the most versatile talents in the Entertainment industry, actor, drag racer, songwriter, musical producer, and a singer.

Multi-Platinum and Latin Grammy Award winner, “Don Omar”, has been one of Puerto Rico’s leading artists and one of the Latin America’s most influential celebrity –

He is associated with Vin Diesel’s “Fast and The Furious franchise”. Two of his songs were featured in the third saga, “The Fast and The Furious: Tokyo Drift”. He also made his Hollywood debut with a big role as one of the main characters in the crew, Rico Santos.

His song “Danza Kuduro” was featured in the soundtrack for Fast Five. Omar quickly followed with his Latin Grammy Award-winning album.

In 2012 he was one of the biggest winners at the Billboard Latin Music Awards, taking home eight awards for Best Latin Rhythm of the Year, Best Songs of the Year and Best Album of the Year among others. He is one of the most viewed Latin Urban artists with billions of views on YouTube and Vevo.

Aside from music and acting, He also broadened his vision by collaborating with companies that shared his passion for drag racing. Proven to have some of the hottest action in racing and music.

Rebuild… Is also part of this versatile artist. When Puerto Rico was devastated by Hurricane Maria. Don Omar, remained actively collaborating with the victims in the most affected and vulnerable areas of Puerto Rico, thus making use of his work team, plus volunteers who call themselves “Heroes Anónimos”. The aid squad for almost a year direct delivery basics to more than 3,000 families.
The wait is over! Don Omar is back in the game. He will reconfirm worldwide why he is the “The King”. 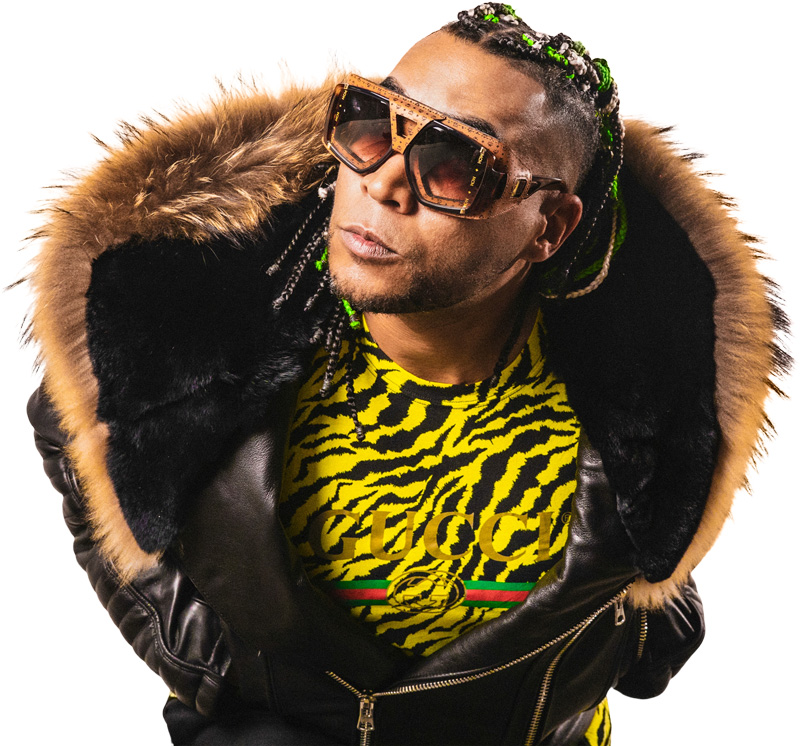 Keep up to date with Don Omar's news, events, and more by signing up here...

“For the first time in my life I felt like I was making music that actually meant something.”

“For the first time in my life I felt like I was making music that actually meant something.”